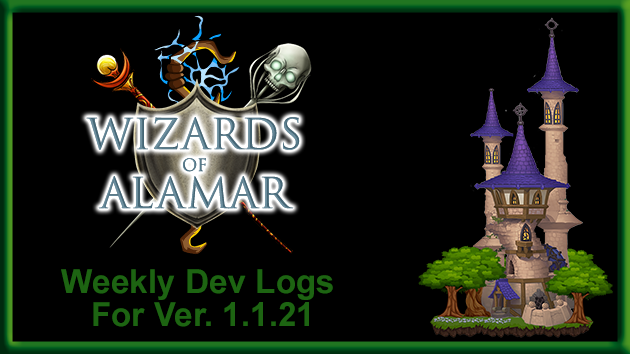 -Library opens up at 4 instead of 10 and will grow as you progress, plus item definitions have been added.
-quests 1-7 have been made easier to allow new players to get use to the game.
-pause menu has been redone and credits have been added
-story line has been refined

-- future patches --
Working on new quests and side quests

Working on a few new door puzzles to add some variety.

Working on a few new spell ideas to mix up combat a bit.

Get Wizards Of Alamar

Wizards of Alamar! Imagine if Zelda hooked up with Metroid and D&D then had a crazy love child! Yeah it is that good!